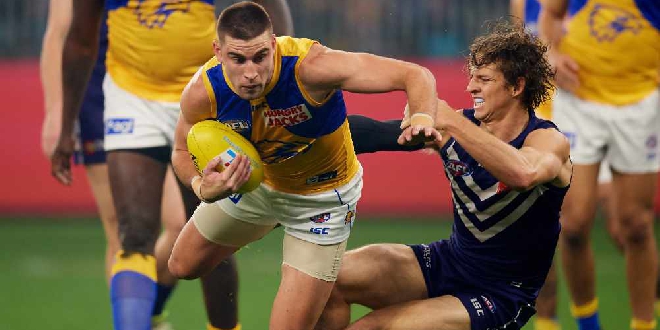 Fixtures for the 2020 AFL season have been released.

The competition will begin with Richmond hosting Carlton on Thursday March 19 at the MCG.

Fremantle’s first season under new senior coach Justin Longmuir will see four night games at home at Optus Stadium, including the round six Len Hall Tribute Game against Geelong and the round 18 RAC Derby.

Meanwhile, the Eagles will play five prime time games, as well as heading to Tasmania for an Anzac Day clash against Hawthorn.

For the first time since 2011, 16 separate clubs will feature on Thursday or Friday matches as showpiece games of the round. 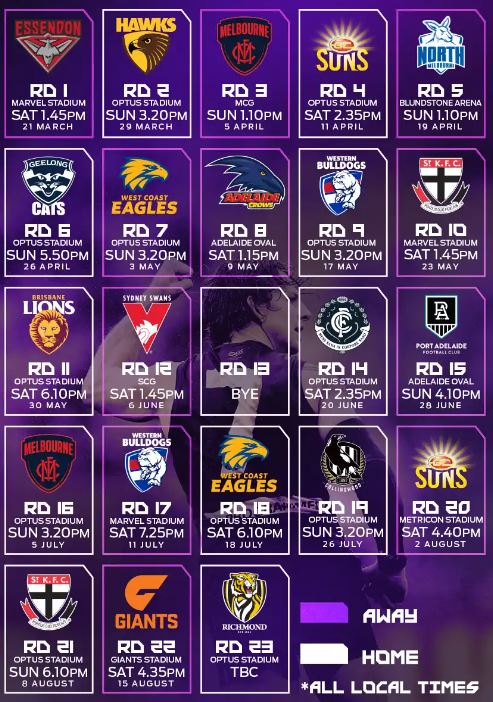 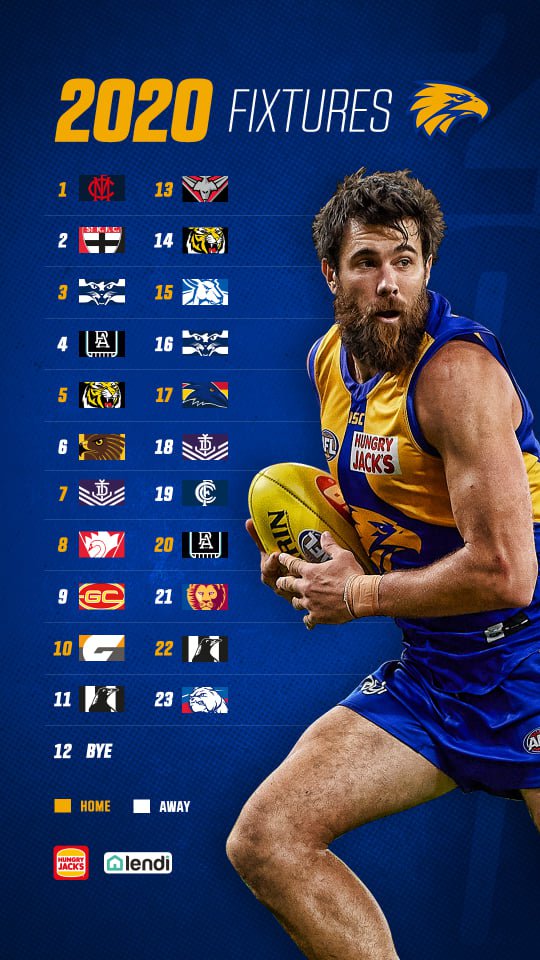