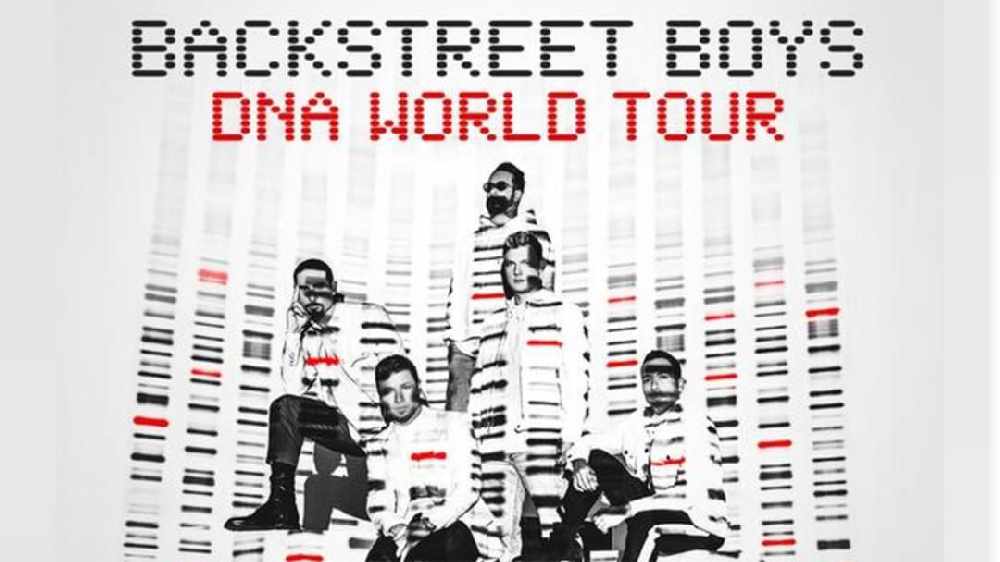 The BACKSTREET BOYS – “DNA World Tour 2020” tour has being rescheduled.

In a message to their fans, the Backstreet Boys said:

“We were extremely excited to bring our DNA World tour down under to our Kiwi and Australian Fans.
We love you guys so much, we hope you stay safe with your loved ones. If you know anything about the Backstreet Boys.. there ain’t no party like a Backstreet party cause a Backstreet party don’t stop! Stay Safe, Be well, Peace and Love and we will see you soon xx”

Backstreet’s back, alright! Get your group together, because the biggest selling Boy Band of all time (100 million albums), the BACKSTREET BOYS are heading back to Australia in 2020 for a national arena tour. AJ McLean, Brian Littrell, Nick Carter, Howie Dorough and Kevin Richardson have been enthralling fans for more than 25 years and are expanding their massive world tour to Australia

Featuring their signature, flawless choreography, costume changes, a pyramid-shaped stage of light, trap doors and giant video screens, Australian fans will experience their harmony-laden vocal prowess and arsenal of mega-watt hits such as; >‘I Want It That Way’, ‘Everybody (Backstreet’s Back)’ and ‘As Long As You Love Me’, plus songs from their tenth studio album, ‘DNA”.

The event runs from 7:30pm to 10:30pm on the following dates.
Select a date to add this event to your calendar app.