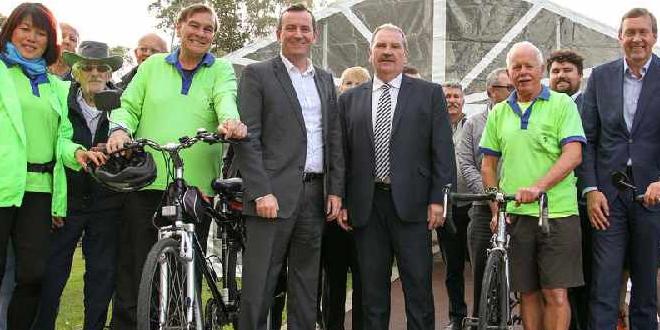 The completion of the 4.2 kilometre Safety Bay Road shared path provides the missing link between the Baldivis town centre and Warnbro train station.

The $3.2 million project, which was jointly funded by the State Government through the Perth Bicycle Network Grants program and the City of Rockingham, will separate pedestrians and cyclists from motorists to ensure everyone is able to travel safely and to help reduce congestion.

"The path will also connect existing bike paths that run to the Rockingham city centre and along the coast, creating more transport and recreational opportunities for local residents.

City of Rockingham Mayor Barry Sammels said the path was strategically placed to link important transport hubs in the area and would be a great benefit to the community.

"This is a project they have waited a long time for and it will greatly improve the safety of this popular route for pedestrians and cyclists.”