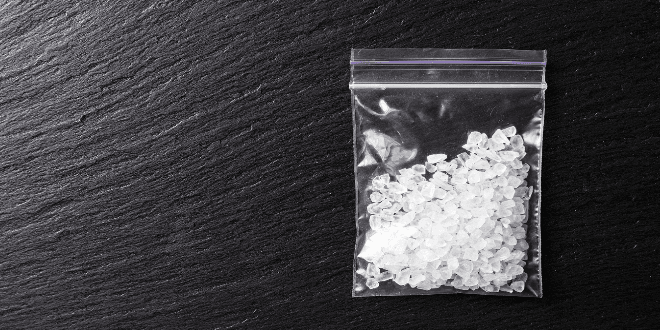 The Canning MP has used the latest findings of a recent spike in Meth use in the state to refresh the push for drug testing of welfare recipients.

A report released today by the Australian Criminal Intelligence Commission has found Western Australia reported some of the highest levels of methylamphetamine consumption in the country.

The report is the fourth instalment of the National Waterwaste Drug Monitoring Program.

Canning MP Andrew Hastie said while Mandurah was a lovely place to live the alarming rate of drug use in the large Peel region couldn't be ignored.

"Families have been ripped apart, lives have been destroyed and we see criminal activity," he said about the effect of meth use in the Peel region.

"We need to take action and I'm proud to say that the Government is seeking to take action with identifying Mandurah as one of the sights for a drug testing trial for people who are on welfare and who need help.

"People who are addicted to drugs need our assistance and one of the greatest barriers to long term employment is drug addiction."

Currently legislation for drug testing welfare recipients is being opposed by federal Labor and the cross bench in the senate.

Mr Hastie took the opportunity to reinforce the Coalitions push for a drug testing trial of welfare recipients during a press conference earlier this morning.

"This is about helping people, it's about identifying job seekers who are addicted to drugs and giving them help and rehabilitation," Mr Hastie said.

“It is concerning to see methylamphetamine consumption on the rise in both capital city and regional sites in Western Australia," he said.

“This destructive drug is having a terrible impact not only on users, but on families, first responders, health practitioners and the community more broadly.

“The National Wastewater Drug Monitoring Program provides a clear picture of changing trends in the consumption of methylamphetamine and 11 other drugs across Australia. Armed with this information, government, health and law enforcement agencies can better target policy and operational responses and reduce the impact of drugs in our society."

Three capital cities and three region sites made up the six sites that were monitored in the state in December 2017 as part of the latest waterwaste findings.

“We estimate that over 8.3 tonnes of methylamphetamine is consumed in Australia each year, as well as over 3 tonnes of cocaine, 1.2 tonnes of MDMA and 700 kilograms of heroin,” Mr Phelan said.

“Such estimates can then be compared with other data, such as the weight of drugs seized by law enforcement, to further enrich our collective understanding of these drug markets and identify the most effective supply, demand and harm reduction measures.”

Minister for Law Enforcement and Cyber Security, the Hon Angus Taylor MP echoed the concerns of the report, that ice and meth were huge issues in regional Australia.

"The drug that's devastating our regional areas is ice. What's so striking for me as a regional MP is only ten years ago there was relatively little in the way of hard drugs in our regions but we're now seeing ice proliferating across our regions," he said.

"That ice was produced locally six years ago, it's now being imported through very well organised sophisticated global criminal networks.

"That's why our strategy now has to be not just border interception but disruption of those business models because they are heinous business models that are extremely profitable and are devastating our region."

Mr Taylor said taking drugs off the street was only one part of the battle against illicit drug use in the country.

"The other part of disruption is taking out money laundering networks, taking out their telecommunication networks," he said.

"The product can be replaced, it's much harder to replace the organisation."

The Australian Criminal Intelligence Commission received $3.6 million over three years from Proceeds of Crime funding for the National Wastewater Drug Monitoring Program and has commissioned the University of Queensland and the University of South Australia to undertake the program and prepare the research report findings.