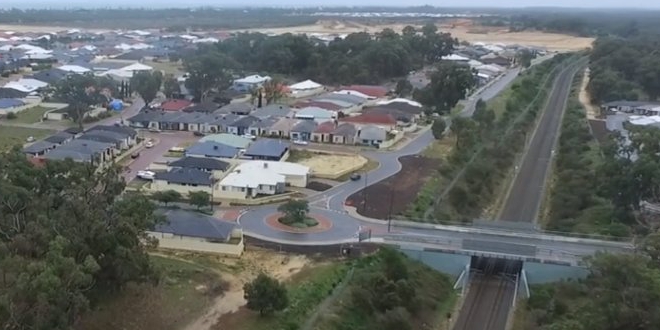 Assistant Minister for Cities Angus Taylor says train stations like the one proposed for Lakelands would be suited to the federal government's billion dollar National Housing Infrastructure Facility.

Member for Canning Andrew Hastie and Assistant Minister for Cities Angus Taylor met with local council representatives and developers on Monday to discuss the funding options with the Commonwealth Government.

“Lakelands has seen huge growth in the past decade, with the suburb tripling in population.

A train station has always been part of the plans and I’ve spoken to people who bought into the suburb on the understanding that one would be built there,” Mr Hastie said.

“It’s a decade on and still nothing has happened.

“The local council has actually set aside land and approved the plans to build a Lakelands train station. It just needs to be funded. The Labor State Government wants to ignore the issue, so I’ve been speaking with ministers in Canberra to find a solution.

“Angus Taylor has a deep understanding of how to deal with the sort of infrastructure challenges we are dealing with.

“I’ve previously sat down with the Minister in Canberra to explain the situation.

He wanted to come to Lakelands to see it firsthand and discuss with stakeholders how the Commonwealth might be able to help.”

Meeting with Mayor Marina Vergone and local developers, the Minister identified the National Housing Infrastructure Facility as a possible source of funding for the station.

“I firmly believe it’s the job of government to make sure that infrastructure goes in ahead of, or in parallel with, a housing development,” Mr Taylor said

“Unfortunately, that hasn’t been the case here and that’s why we’ve put together the billion dollar National Housing Infrastructure Facility in the last budget.”
The Assistant Minister identified train stations like the one proposed at Lakelands as being suited to the NHIF.

“I certainly hope an application will come forward for this project,” Mr Taylor said.

“The Facility is designed for exactly this sort of project, so I hope state and local government will support it.

“A good project is one that supports housing development, and we are particularly interested in train stations.”