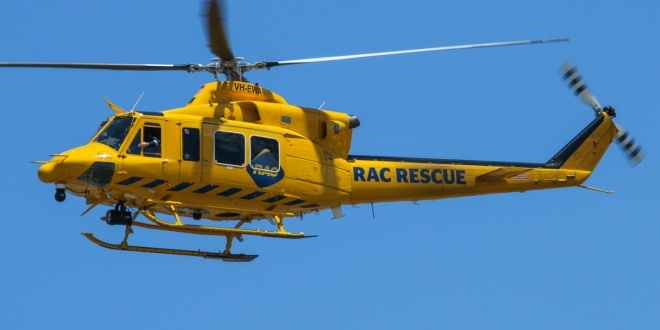 A man has been flown to hospital with serious injuries after his car rolled onto its roof in Myara.

Traffic Enforcement Group officers are seeking information regarding the crash near North Dandalup on Friday night.

About 11:45pm, police were called to a crash on Scarp Road where it appears a black/grey Nissan Patrol left the road and rolled, coming to rest on its roof.

It is believed the male driver was ejected from the vehicle, and became trapped underneath it.

One of the passengers in the vehicle freed him from the wreckage.

The driver, who is believed to be a 23 year old man, received serious injuries in the crash and was flown to Royal Perth Hospital by the RAC Rescue Helicopter.

The two other occupants of the vehicle are believed to be uninjured.

Anyone with information regarding this crash, or who saw the Nissan Patrol prior to the crash, is asked to call Crime Stoppers on 1800 333 000 or report the information online at www.crimestopperswa.com.au