First of All: COPYWRITING...

Copywriting is knowing what not to say, as well as what to say, and saying it legally to achieve the results you require!

YES: While I *could* include every single fact you gave to me in your commercial, or list every little thing you can see and do in your business, or describe in painstaking detail the origins and features of your award-winning process.

I’m not going to... but if I did... your commercial will sound terrible, like a rabbit on helium, and listeners would change radio stations, and your message would be lost.

It can be hard to edit a script.. But as Mozart once said: "music is not in the notes but in the silence between."
And with only 30 seconds to get your message across - that's not a lot of time to do what is needed.

It reminds me of a Japanese concept reflected in their choice of phrase "kuki yomu" (空気読む), which is literally "reading the air".
In other words - interpreting the intangibles, and lack of X, more than likely indicating Y.

It takes years of experience to learn to do this, and while you may know your business back to front - we know ours the same way.
We know what will work on radio, and what won't - which is why I will fight for the right script to get the results you are after.

Once written, and approved, the script is sent to a producer over-east who will record the voice talent - and send the file back to us.

Our producer will lay that voice track down with a music bed, and/or sound effects and mix it together to make the commercial sound AMAZE-ZING!
This is a skill that has taken years to hone to point that it is made to looks easy - but believe me - it isn't!

Getting levels right, choosing the right music, effects and putting it together is almost like casting a musical spell.

Knowing what will work, so it can be heard on a radio that is playing in your car, or while you are at home - so that the message can cut through the noise of everyday life is an amazing talent.

Our station Producer not only produce's commercials, but also a plethora of other station imaging - including: promos for all 3 stations, station id's, credits, and more - plus recording voice talent in house and putting together pre-recorded segments into our system.

And there you have it - our first post in our Jobs in Radio series.

Until next time - stay safe out there! 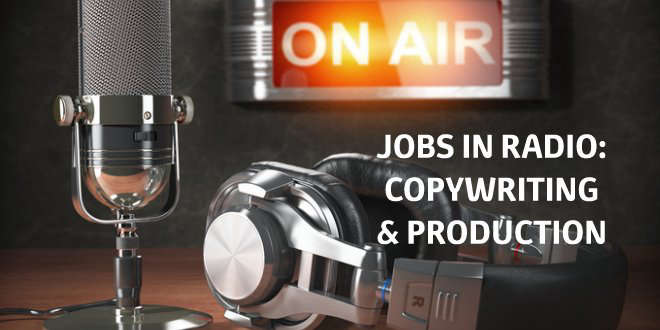