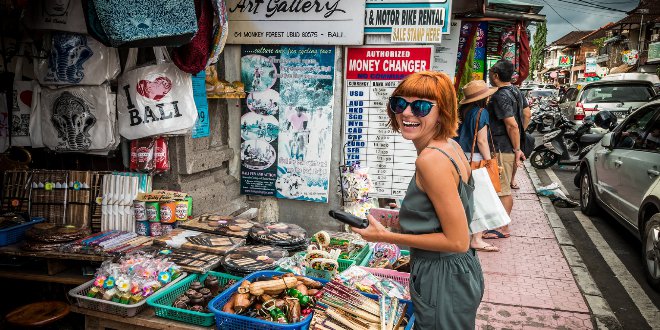 The 66-year-old was victim to a gang of international fraudsters during a high stake card game which started in the holiday capital Kuta.

Consumer Protection has issued a warning to tourists visiting Bali not to get involved in a card game gambling scam after a Baldivis man lost $200,000 to a gang of fraudsters.

The 66-year-old man got involved in the scam in October last year and lost the money over a three month period after also travelling to Johor in Malaysia and Manila in the Philippines.

The man was initially approached by a woman on his way to the Discovery Shopping Mall in Kuta.

After spending two days together the woman invited him to a villa outside of Kuta where other people appeared, one being a supposedly wealthy businessman who liked gambling.

The victim was enticed into playing a card game and initially didn’t have to put in his own money but won $2,000 over a few hands.

The businessman put down a further $55,000 before the victim stopped the game.

It might seem like a scene from the movies, but the victim said a suitcase with $80,000 inside was produced and he was made to believe he was guaranteed a win.

The victim proceeded to put down $57,000 of his own money, which he needed time to produce, so the playing cards were sealed in an envelope so the game could continue at a later date.

The scammers then told the victim his money would be put on a ship headed to Johor in Malaysia.

The 66-year-old travelled to Malaysia in November 2017 to continue the game.

Here he was persuaded to invest another $50,000 as the stakes in the game rose.

The game then moved on to Manila in the Philippines in January this year where the victim invests a further $100,000 of his own money believing he had a guaranteed prospect of doubling his money.

After handing over the final payment to two members of the gang at a fast food store in Manila, the men disappeared to the bathroom before fleeing the scene.

The victim has had no contact with the men since.

Acting Commissioner for Consumer Protection Penny Lipscombe said it has been many years since reports of this scam have been received, but it appears the scammers are back in business.

“The scenario in this case is identical to the previous reports we have received. Victims are duped into believing that they have a winning hand and it’s impossible to lose so this entices them to invest more of their money into the game,” she said.

“An important part of the scam is building a relationship with the victim, so they trust the perpetrators and believe that they will win a fortune on a hand that can’t lose.

"But in the end the money is lost and, in this case, a senior member of our community has handed over his life’s savings."

Ms Lipscombe said people planning on travelling overseas should take the story as a cautionary tale.

“We strongly advise anyone going overseas not to get involved in these games as tempting as the proposition may be at the time. The perpetrators are professional criminals so won’t take no for an answer and put enormous pressure on their victims to take part," she said.

"Once the game begins and money is invested, the victim thinks they have no choice but to play along as the stakes get higher.

“These fraudsters who are preying on unsuspecting tourists are probably part of an international organised crime gang so they are not the type of people anyone wants to get involved with, and victims could also be putting their safety at risk.”