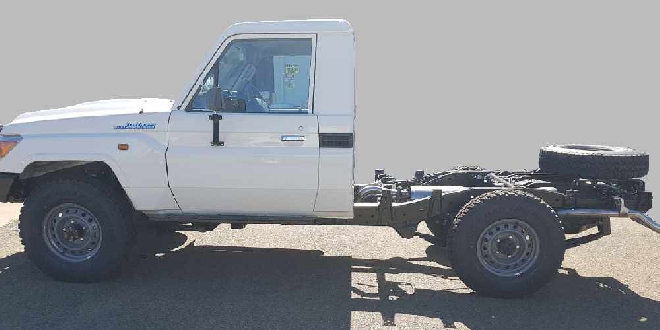 Mandurah Detectives have charged two women after a burglary at an engineering business in Pinjarra.

The incident happened between Sunday December 1 and Monday December 2, 2019, with two $70,000 Landcruisers among the stolen items.

It is alleged the offenders gained entry into shipping containers inside the business property and stole a large amount of various tool items.

It is further alleged they stole electrical wiring and placed them into the victim’s trailer before attaching it to a brand new Landcruiser utility and driving off.

A second Landcruiser was also taken.

One stolen Landcruiser was recovered on Monday December 2.

The other stolen Landcruiser was sighted by officers leaving an address in Greenfields.

Mandurah Detectives executed a search warrant on the Greenfields home where it is alleged they located other items stolen during the burglary.

A 37-year-old woman from Greenfields is due to appear before the Perth Magistrates Court on December 11, 2019 charged with four counts of stealing a motor vehicle, stealing attempted stealing and aggravated burglary.

A 35-year-old woman also from Greenfields is due to appear before the Mandurah Magistrates Court on December 27, 2019 charged with stealing a motor vehicle and having no authority to drive.

The investigation is ongoing and detectives urge anyone with information or who has CCTV or dash-cam vision of Munday Avenue, to call Crime Stoppers on 1800 333 000 or to make a report online at www.crimestopperswa.com.au.