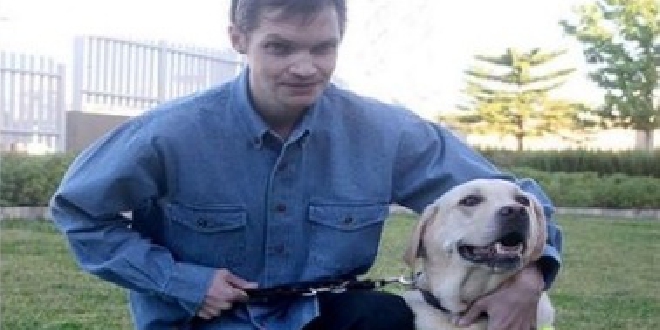 A legally blind Mandurah man who was taking legal action against his superannuation fund has won his two year battle to to access his disability insurance benefit.

Stuart Oldham was denied access several times with one letter from his insurer claiming his "vision was very poor but it was not certain it was permanent".

The 33-year-old who requires the assistance of a guide dog, was set to go to court after filing a writ in the WA District Court.

But Fairfax Media reports a confidential settlement between the parties was finally reached over the weekend.

The man from Mandurah has been living off a disability pension for himself and his guide dog Daisy after suffering from a genetic disorder that gradually robbed him of his sight by the age of 25.

"It’s a matter of what I am entitled to and I should have already had this money, not just for myself but my guide dog Daisy,” he told Seven's Today Tonight.

“I’ve been paying insurance like a monthly or yearly fee that comes out of my super account, so it pays for this kind of protection.”