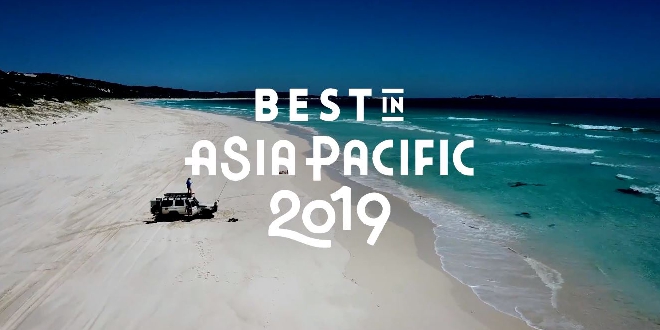 Margaret River and our South West has today been announced as this year's number one Asia-Pacific destination by leading global travel authority, Lonely Planet.

Expanded this year to include Australia, New Zealand and the Pacific for the first time, 'Best in Asia Pacific' is Lonely Planet's annual online list of the region's 10 best destinations to visit over the coming year.

The Margaret River and Southern WA region was selected by Lonely Planet's team of independent travel experts due to its beaches, long-stretching coastline, award-winning wineries, breweries and restaurants, tall-tree forests and abundant farmland.

Tourism Minister Paul Papalia said the recognition is no surprise.

"This destination is renowned for its spectacular coastline, stunning forests and world-class food and wine," he said.

"The south-west of WA is more than just a destination - it's a hotspot for once-in-a-lifetime experiences - and it's wonderful that a travel organisation as reputable as Lonely Planet agrees with these sentiments.

"This accolade will give the region even more exposure in our key international markets, such as Singapore, Malaysia and Hong Kong."

Margaret River alone had 1,690,800 visitors in the same period - an increase of 8.9 per cent on the previous year.