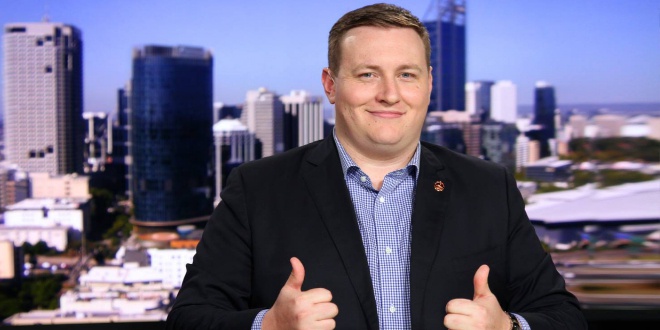 South Metropolitan Region's Aaron Stonehouse has outraged many Twitter users and members of his electorate following a heated Twitter exchange with a constituent.

During a Twitter feud Mr Stonehouse labelled a member of the public as a "deadset f***wit".

The comment came after Anthony Shane Negus, a local resident, questioned the minister on his support to allow South African farmers to seek asylum in Western Australia.

The Liberal Democrat also said Mr Negus' comments were "stupid" and that he wasn't ignoring his questions, but rather they would have been filtered out.

Mr Negus said he was blocked from the member's Facebook page after having comments repeatedly deleted from the page.

A lesson in arrogance from a prolific and well published letter writer. https://t.co/rcX7wie87l

"It was well out of order - I had been challenging him robustly but for a Member of Parliament to reply that way was going too far over the line,” he said.

“He won’t tolerate a dissenting opinion, which was not expressed at all aggressively – it was rational and civil.

“I’m a taxpayer and a citizen. He is a representative of not just those who voted for him but all citizens – we pay his salary when all is said and done. For him to treat me like that was well out of order.

“I want him held to account. We don’t expect our parliamentary representatives to treat us so shabbily.”

Mr Negus said he was a long time writer-in to The West Australian and would be informing them of his online exchange with Mr Stonehouse.

"I speak in the same manner that the people who voted for me tend to speak. That’s often plain, straight to the point, and yes, it does involve calling out nonsense,” he said.

“If someone is going to call me a racist without any evidence and resort to attacks, then I’ll call them out for what they are: a deadset …wit.”

Other twitter users took to the thread defending both men involved.