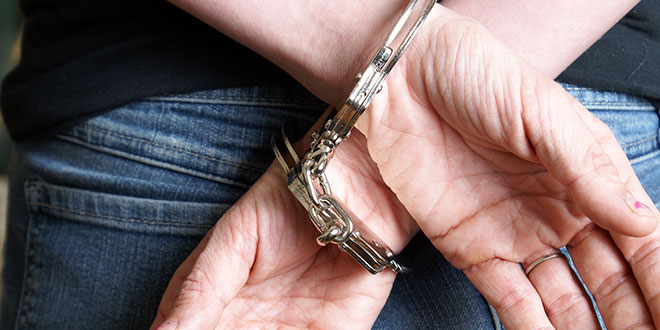 Armadale Detectives and Regional Investigation Unit officers will allege between 20 March and 24 March 2018 a number of burglaries were committed in the Byford, Martin, Casuarina, Serpentine, Baldivis, Stake Hill and Wandi areas.

Six firearms were stolen during these incidents, while a further three burglaries were carried out in Byford, Oakford and Serpentine.

On Friday police located a stolen gun safe abandoned in bushland in Oakford.

It will be further alleged on Saturday police spotted a stolen vehicle after it left the scene of a home burglary in Wandi.

The vehicle evaded police, and after a tyre deflation device was successfully deployed, the car came to a stop in Oakford.

The three men fled on foot, but were arrested a short time later.

A 19-year-old man of Seville Grove has been charged with seven counts of Aggravated Burglary and Commit, Steal Motor Vehicle, seven counts of Stealing, two counts of Criminal Damage, Gains Benefit by Fraud, and Trespass.

Meanwhile a 16-year-old boy of Seville Grove has also been charged with Aggravated Burglary, Stealing and Criminal Damage.

All three of the men will appear before courts next month.

Yesterday two search warrants were executed on an address in Seville Grove and Greenfields, where a stolen firearm and stolen property including jewellery was located.

Investigations are continuing to locate further stolen firearms and property.