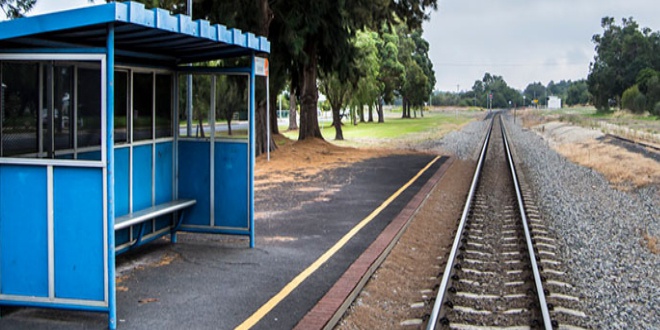 Half a million dollars' worth of upgrades have started at the Yarloop train station.

The state government has confirmed work has begun at the Yarloop Station to bring the existing low-level platform to a raised platform into line and fully compliant with Disability and Discrimination Act standards.

The six metre-long platform will be fully sheltered, accessible via ramp or stairs, and have seating for three people. Lighting will also be installed to meet DDA requirements.

The new raised platform will improve the experience of Transwa passengers travelling to or from Yarloop on the Australind service, which operates twice daily between Bunbury and Perth.

Transport Minister Rita Saffioti said the McGowan Government was delivering on a promise to locals.

“This is part of a wider election commitment to revitalise the Australind train service from Perth to Bunbury to bring tourists to the South-West, and offer a faster journey between Bunbury and Perth," she said.

“These works are vital, not just for people in wheelchairs but for passengers with prams and luggage as well - it will make it easier for all members of the public to access the Australind train as it travels through Yarloop.

“There’s no doubt Yarloop was delivered a huge blow with the fire in 2016, but I hope this upgrade is a boost for the community as a whole.”

As part of the project two car bays and one accessible (ACROD) bay will be created, along with associated line marking and bollards, new kerbing and bitumen surface.

Accessible paths will be installed between the existing pedestrian level crossing, the car park, and the new platform.

The old loading ramp opposite the station will be retained for its heritage value and will be fenced as part of the project.

Murray-Wellington MLA Robyn Clarke said the upgrades would allow for more passengers to access the service.

“The Australind train service is one of the main modes of transport in the Murray-Wellington electorate, and its revitalisation will make travel to Bunbury and Perth easier and quicker for people in the electorate," she said.

“Upgrading Yarloop train station is an important part of rebuilding the town following the 2016 fires and will make the town more accessible to the public.”

Early work on the upgrade of the station car park began in December 2017, with the project expected to be completed by mid-2018.